Holistic Healing I Jungian Psychology I Spirituality I Mindful Living 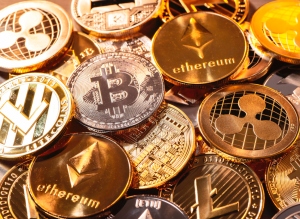 We’ve entered February leaving behind an explosive month of January as announced in my previous posts, but the coming months seem to bring their own intensity as well.

If 2021 promises to bring hopes and wishes for more equality (already in the air with the Jupiter-Saturn conjunct on December 21st 2020), more acts of rebellion will be brought to the table as well, more “civil disobedience” as the French media call them.

Months to watch closely are February, June and December 2021. Tense aspects between the institutions/ governments/ regulators are clashing with the need for more independence from the masses, this seems specially true with restaurants owners (Taurus/ food business). The demonstrations in Amsterdam and Russia are a foretaste of this “people have the power” versus “follow the rules of the government” trend, a clash between the rebellious masses and the old establishment archetypes that defines all 2021.

Lockdowns and mass surveillance may get more strict and will be hard to deal with for the populations.

I received several private messages asking what my insight is about cryptocurrencies. January brought a spectacular increase in cryptos like Bitcoin and Dogecoin and also stock markets shake-up due to amateur investors like the Reddit group with the GameStop saga, which lead Wall Street hedge funds to lose billions of dollars.

If there could be a peak opportunity for cryptos around February 11th, immediately after, on the dates mentioned above, they could also be in for a major reality check with financial institutions announcing new rules, regulations and limitations on what I call “new forms of money”. The party may well be over for cryptos and additionally, there could be possible instability for the markets (for various reasons) on the same dates. The clash between the old methods and market actors with the new mass investors looking for more equality, will be going on all year long.

More on the markets trends in my blog article here.

As usual, the outcomes are different for each and everyone of us, book a private reading for more precise information about your individual program.

STAY IN TOUCH WITH RITA